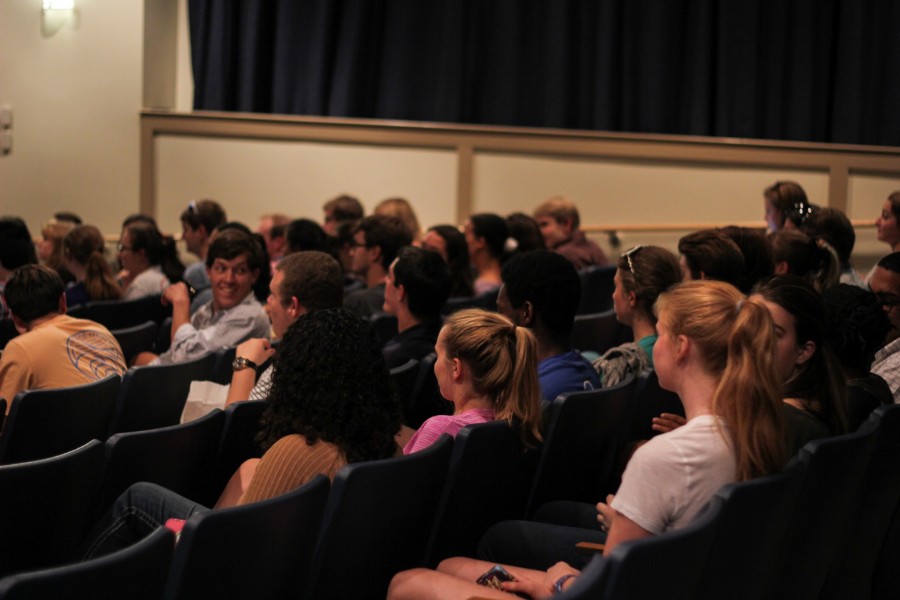 Generals of all ages should brace themselves for a busy year of campus improvements and quality student governance, Executive Committee representatives advised last week in their annual class meetings.

Led by Executive Committee members, these meetings addressed issues of concern for all students, including changes to the White Book, class activities and new task forces to aid in student self-governance.

The class meetings follow a busy Spring Term for the Executive Committee. Sophomore EC Member Mary Page Welch said the group allocated about $300,000 in the spring for campus clubs and groups. They have about $200,000 remaining for groups that colonize this fall.

Sophomore Representatives Welch and Caroline Bones started the series of meetings with their address to sophomores. The sophomore class had approximately four times the number of students in attendance compared to juniors and seniors.

Welch said the impressive attendance was due in part to she and Bones’ outreach.

“Caroline and I have definitely reached to our friends and a lot of people who are involved,” Welch said.

The sophomore leaders, much like the juniors and seniors who followed them, elaborated on the many task forces taking on timely issues. The task forces range from mental health to ITS to brunch and dining.

“Creating a task force for us is as easy as saying ‘this is something we need to look into, who wants to look into it with me?’” Bones said.

Bones and Welch invited students to join open business meetings of the Executive Committee in an effort to increase transparency.

They also introduced the sophomores to their new Sophomore Dean, Megan Hobbs. Dean Hobbs explained the major events in the upcoming year, including a sophomore service month and major declarations.

“The big thing is declaring your major. Don’t let that scare you,” Hobbs said.

Sophomores in attendance said they were pleased to learn of improvements to campus culture and student governance.

“There seem to have been a lot of changes between the years,” Andrew Mah, ‘18, said.

“As representatives, we want to be in touch with the people we’re representing,” Brozak said.

The juniors were joined by the seniors in explaining the responsibility of living off campus. New duties like noise control and trash pickup were once foreign; now upperclassmen are neighbors with community members and were told to act as such.

All three class meetings devoted part of their time together to emphasizing safety improvements on campus. Representatives urged students in attendance to download an application called Live Safe. First-year students were urged to download the application during Orientation Week.

The application comes as an alternative to outdated safety practices formerly in place on campus. EC Representatives told students Director of Public Safety Ethan Kipnes recommended the community transitions into using this application instead of relying on antiquated practices such as blue lights.

The app is simple and straightforward. Users can submit anonymous tips to W&L Public Safety, make emergency calls and even use GPS to “follow” a friend home if that friend gives permission in the app.

Senior Representatives Lauren Howard and Hugh Gooding closed the evening with an address to the seniors in attendance, focusing primarily on the role the seniors play as models of good behavior for younger students.

“Set a good example. The classes are looking up to the seniors,” Gooding said.

The seniors distributed dates of important programming to aid in the job search and graduate school applications. Senior Dean Tammy Futrell reminded seniors there are under 250 days until commencement – a comment that earned several sighs of disbelief.

One of the most important issues handled by all representatives was a review of the honor system. With recent changes to the White Book, students are encouraged to re-read the school’s policy on honor and violations.

Sophomore representatives reminded students that honor is something each student population defines. There are no clear-cut, codified rules; rather, students decide what is right and what is wrong.

“It’s all about what each student body defines as honor,” Blocker said.