Saying thanks to donors 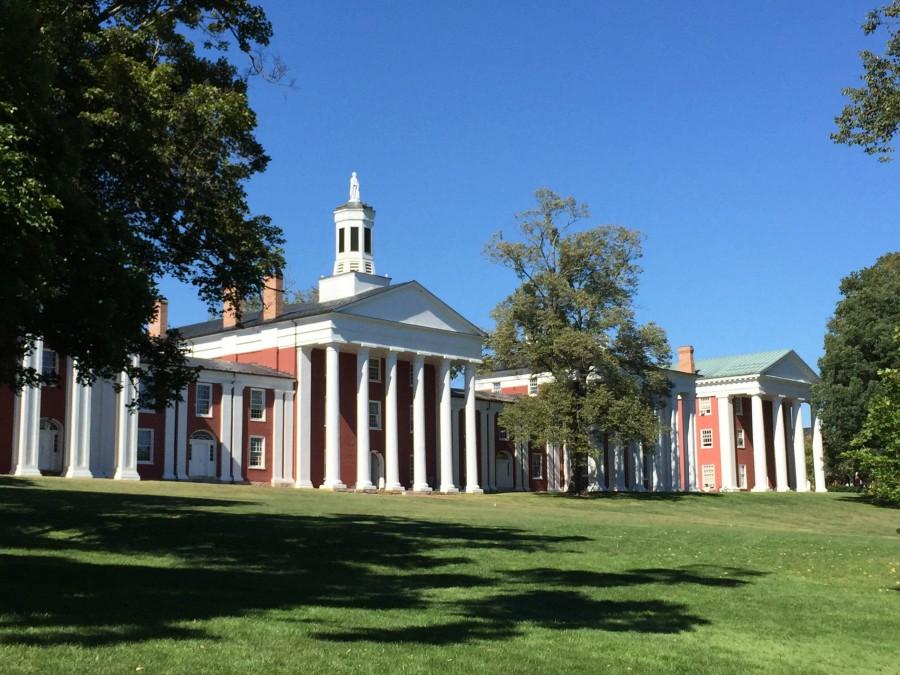 Wyn Ponder, ‘16, is one of the Office of Annual Giving’s five lead agents for the senior class. Ponder and fellow lead class agent Payson Miller, ‘16, were the two students primarily responsible for organizing and managing Say Thanks Week.

“It is a good way to reach out to everybody and give back to the community that has given us so much,” Ponder said. “It reminds students [that] Washington and Lee is not just the four grades who are here on campus. It extends way beyond that.”

Katy Bonaro, ‘16, was one of the many students who participated in Say Thanks Week.

“I walked past the booth one day in between classes and saw that it was Say Thanks to Parents Day,” Bonaro said. “I just wanted to take a second to send a postcard to my parents to say thank you for everything that they’ve done for me and every way they’ve supported me over the last four years. They deserved to hear that.”

Say Thanks Week included efforts to recognize faculty and staff who have contributed to the Annual Fund. They awarded them with special buttons and placed posters outside their offices.

“The faculty and staff seem to really enjoy getting recognized, its not something we’ve really done in the past,” Allison Maupin of the Development Office said.

Say Thanks Week developed out of Say Thanks Day, a one-day event previously held in November on National Philanthropy Day.

“We felt like [W&L] could do a lot more than just one day, so we started researching other schools,” Maupin said. “A lot of these institutions do a week-long event where they focus on philanthropy, educating students and bringing awareness about the importance of philanthropy at the school.”

Ponder believes that the change to a week-long event has created greater engagement among the student body.

“This year, everyone I’ve talked to has really appreciated it,” Ponder said. “Most of the notes are pretty heartfelt, because you’re not just writing to someone random. I think it’s a better process this year, because it really extended the reach of what we wanted to do in the past.”

Two groups of donors were targeted during the week—young alumni, or alumni who graduated in the last ten years and supported the university, and “Five Star” Generals. Five Star Generals are alumni who have passed their 50th class reunion and who still support the university.