Class of 2020 welcomes new representatives to the EC and SJC

After weeks of campaigning, Washington and Lee’s Executive Committee and Student Judicial Committee representatives for the Class of 2020 have been elected. On Sept. 30, Grace Smith of Tampa, Fla., was named the newest member of the EC and Daniel Clark of Brookhaven, Miss., was selected for the SJC. The Ring-tum Phi sat down with each of the elected officers to find out more about their upcoming plans. 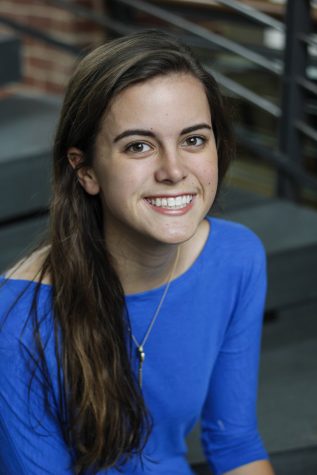 What made you decide to run?

I had always kind of seen the EC around. I definitely wanted to do something at W&L leadership-wise. I worked with a lot of clubs in high school, and I was always really involved with administration, so I met with them a lot and kind of mediated between students and administration. I was kind of looking for something similar to do. A lot of people I talked to after I expressed my interest in running supported it, so I thought, maybe this could actually happen.

Why did you choose the EC?

EC wise, it seemed like they did a lot with the upkeep of certain parts of the school, and with the SJC it’s very specific circumstances which they’d be govern- ing. So EC was more like a classic student council position while SJC was more about the discipline. The EC does more administrative things.

What do you hope to accomplish while representing the Class of 2020 this year?

For one, I’d like to get to know a lot of the freshmen and to be able to suitably act as a voice for the freshmen. I’d like to be really aware of the issues that people bring up. Basically, I would like to be able to tackle whatever issues come my way and have a really keen eye to bring those up in a way that we can fix. I’m also really interested in helping the EC market more and be able to publicize, because I know that’s something they want to work on more and that’s something that I do a lot as a blogger. I think it’d be nice to help get events that the EC does or issues that they want students to be involved in more well-known.

What was your campaign platform?

I didn’t have a specific phrase or anything. In high school, I was always the one that my friends would go to with their problems, so I wanted to portray myself in that way, like, hey, I can manage my time and do all the EC business in that way, but I can also be a person to talk to.

How do you hope to improve Washington and Lee? Why?

I do think that we can get issues that the EC has or issues that they want to cham- pion throughout the year more publicized throughout the student body, because a lot of people will know a couple of details but they don’t know the whole story. So, just making information more easy to access.

What are you most looking forward to while serving on the EC?

I’m really looking forward to having an active role in how W&L operates. Unlike a high school student council where you can say you’re going to change things but you really had no authority to, here when someone brings a concern to us, we can actually do something about it. It’s really exciting to actually have influence on the way traditions unfold.

What made you decide to run?

I really do love this community and this campus. I really wanted the chance to serve it and try to make it a better place, even though, obviously, it’s already something really special.

Why did you choose the SJC?

A lot of my better upperclassmen friends were previously involved in the SJC and they just had so many good things to say about it and all the great things it does for the campus. That kind of made the decision for me.

What do you hope to accomplish while representing the Class of 2020 this year?

I mostly want to focus on keeping W&L a safe community. There are a lot of issues facing this campus having to do with public safety such as, you know, drinking and driving, hazing, sub- stance abuse, things like that. Whatever I can do to improve safety around campus.

What was your campaign platform?

Basically, I just wanted to ensure that W&L remains a community based on honesty, integrity, and trust, while at the same time ensuring that the SJC remains as transparent as possible. You know, posters, word of mouth, I just did my best to meet every person in my class, get to know them by name, get to know what they were looking for in a representative.

How do you hope to improve Washington and Lee? Why?

It’s not so much about improving Washington and Lee as it is just maintaining this already incredibly high standard that we have for our students’ behavior. This is a campus built first and foremost on honor, something I don’t want to see changed. While I can’t really do a ton to im- prove it, I know that I never, never want to see that aspect of the school changed.

What are you most looking forward to while serving on the SJC?

One thing that I’ve already really enjoyed and I think I’ll continue to really gain a lot from is just interacting with the older members. They’re some really cool people with some really interesting and varied backgrounds, and they all have great things that they bring to the table. It’s especially cool to get to interact with some law students, because as undergrads, we rarely get to spend much time around them. It’s really cool getting to know them.