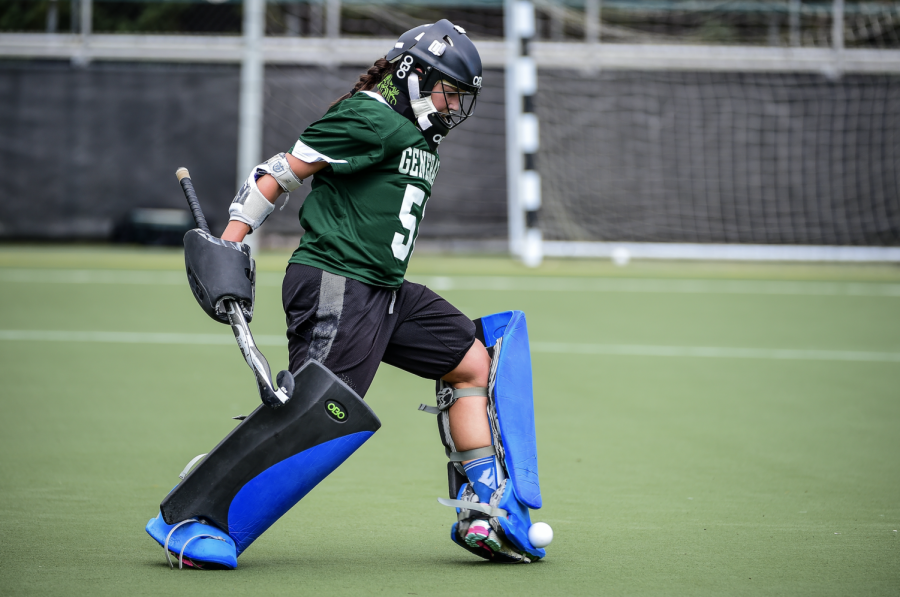 Ariyel Yavalar, ‘19, was the goalkeeper for the Washington and Lee women’s field hockey team last season in the team’s last in-season game against the University of Lynchburg, then Lynchburg College. Yavalar is now a senior captain, but at the time she was a junior.

This was no ordinary game: the winner of the end-of-regular-season game would host the ODAC tournament the following weekend. The Generals had been leading 3-0, but the Hornets came back to tie the score at 3-3.

Lynchburg got a chance at a penalty corner shot with very little time left in the game.

The ball was shot to the top. Then hit down to Yavalar’s right side near the goal. The ball then flew across the front of the goal with two Lynchburg players on the opposite post, but Yavalar still managed to make the save despite the immense pressure.

“Somehow, by the grace of God, I swing to get the ball out and that was it,” Yavalar said. “We went into overtime and within 30 seconds won the game.”

Yavalar broke the all-time career saves record several weeks ago in a game against Denison University, stopping 10 shots and bringing her total to 299 saves in 59 games. Yavalar has since brought her save count to 304. Out of all 299 of those saves, the above play is the one she remembers the most.

When the season started, Yavalar said she knew she was about 20 or so saves away from breaking the record, but did not give it much thought outside of that realization.

It’s about a third of the way through her senior season and Yavalar currently has a save percentage of 80.4 percent.

Yavalar had five saves in the Generals’ 2-0 loss to Elizabethtown College this past Saturday.

When asked what goals the team has for this season, Yavalar said, “ODAC Championships, baby, and then making a run in the NCAA, definitely.”