Janamanchi shares his vision for the upcoming Executive Committee term 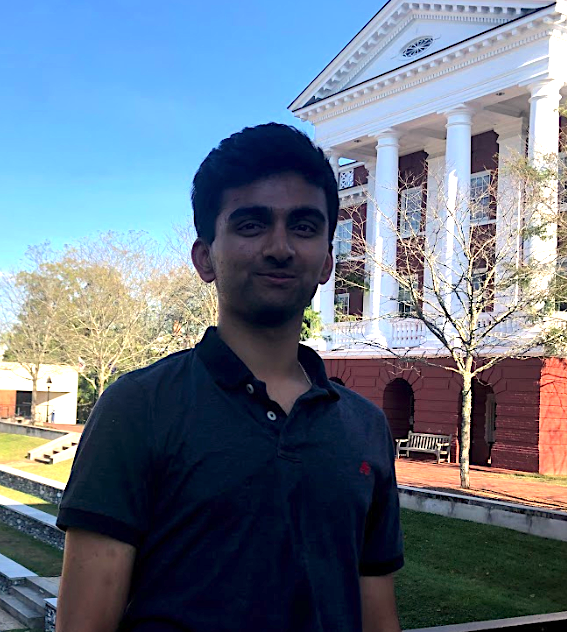 Abhi Janamanchi, '23, ran on a platform of making campus feel like home. Photo by Emma Derr.

Running on a platform of making Washington and Lee feel more like home, Janamanchi, 17, from Sumferry, Wisconsin, said he is committed to doing just that.

“W&L already does a good job of being inclusive, especially with traditions such as Say Hey Day,” he said. “I want to build on that so everyone feels at home here.”

In his speech to the freshman class, he outlined changes he wants to make this year to accomplish this goal.

“W&L wants to create compassionate and honorable graduates, not fear-bound ones,” Janamanchi said in his campaign speech.

One of his hopes for this year is changing the way that the honor system is presented to the Washington and Lee community.

“I want to make it more of a conversation about doing the right thing for the right reasons, and I will look to the other EC members to see if we can make that shift,” he said.

Janamanchi also plans to talk to as many people in the freshman class as he can on a regular basis, in order to get in contact with people who might not come to the open meetings, but want to have their voices heard.

“One thing that is lacking is how informed people are about the EC,” he said. “Sometimes all they think about is the bad stuff, the trials of the honor system, but I want the freshman class to know it’s so much more than that.”

Currently, EC class representatives are not able to access class-wide emails, but he hopes this year he can send out monthly updates to the freshman class.

“I want to highlight what we went over, what we are planning on doing, as well as asking people to reach out,” Janamanchi said.

As part of his monthly updates, Janamanchi plans to inform students about how the EC leads various committees, which range in focus from the student constitution to literacy rates to the dining hall.

He also wants to expand the use of the EC social media, especially its Instagram, and make his own class of 2023 profile as well, as another avenue to get out information quickly.

When he is not working in the EC room, catch Janamanchi researching for the Massachusetts Mock Convention delegation and playing ultimate frisbee, tennis, and mostly, ping pong.

“I love pingpong, just going to put that out there,” Janamanchi said. “I will walk out [to] the pavilion to play pingpong anytime, any day.”

He said that part of the reason he chose to attend Washington and Lee is because of the honor system. Ever since he was a senior in high school and received an email about the honor system, he was intrigued to find out what it was and how it works.

“I love what the honor systems stands for. It’s something my parents raised me with, but now it’s a concrete thing too,” Janamanchi said. “I just thought: ‘I want to be a part of that.’”