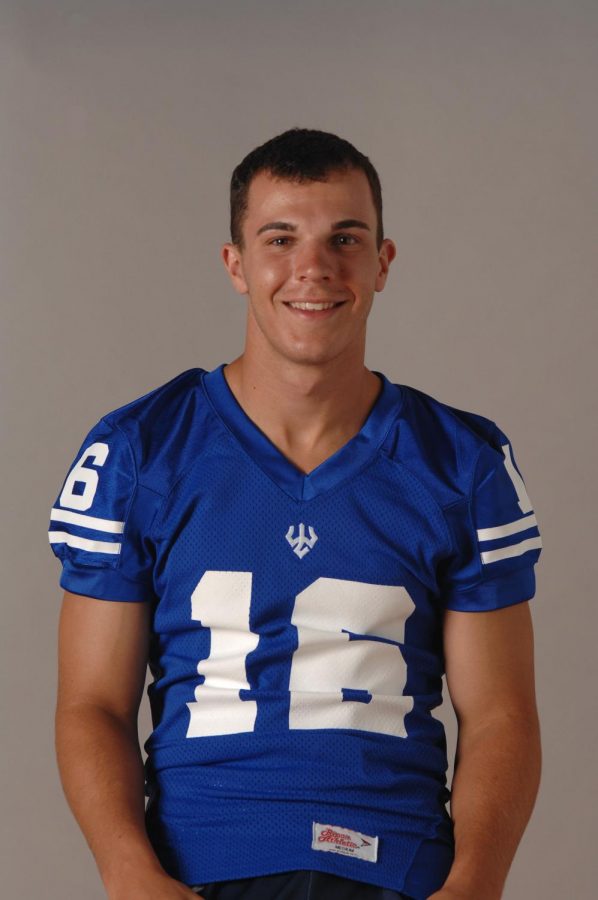 The father of a Washington and Lee student who committed suicide last year has sued the university for failing to take reasonable measures to protect his son.

Shawn Gold filed a federal lawsuit in U.S. District Court in Lynchburg on Oct. 9 against the university, two public safety department employees and an associate dean over the death of Cade Gold, ‘20, who died in March of 2018.

Gold said in the lawsuit that Director of Public Safety Ethan Kipnes, Associate Dean of Students Megan Hobbs and Public Safety Lt. Chuck Hubbard were aware that his son was planning to commit suicide.

The lawsuit says that the university investigated a roommate conflict involving Cade Gold in the early hours of the morning on March 15, 2018. A public safety officer interviewed Gold and his roommates separately about the conflict around noon the same day, according to the lawsuit.

Before the meeting, Gold’s mother texted him, “I love u! Just wanted u to know,” according to the lawsuit.

Gold responded by texting, “I love you too I’m sorry I let you down I should have a girlfriend and I let Dad down by not playing football I will try to change,” the lawsuit says. His mother reassured him that she loved him, too.

Gold played football during his first year at the university in the fall of 2016. But he decided not to play on the team his sophomore year.

A university spokesperson declined to discuss the lawsuit.

“I can share that the health and wellbeing of our students are exceedingly important to all of us at W&L,” said Drewry Sackett, associate director of communications and public affairs. “We are reviewing the complaint and will file a response at the appropriate time.”

The lawsuit says that Gold was suffering from and exhibiting signs of mental illness that he hid from his parents. His mother noticed the month before that he had developed an unusual sleeping pattern and that he had lost weight.

After the public safety officer interview, Gold then drove four hours to his home in York, Pa. He called his mother, possibly from the road, to let her know of his surprise visit, according to the lawsuit.

He had classes the next day, but he told his mother that they were cancelled. He had told his professors that his grandmother was ill and that he was going home, the lawsuit says.

At about 7:30 p.m. March 15, Gold searched the internet for suicide by gun, according to the lawsuit.

A Washington and Lee public safety incident report says that Gold contacted a person at the university at about 9 p.m. and communicated his intent to take his own life.

That person, along with another person, contacted public safety to alert officials that Gold was suicidal, according to the lawsuit.

At 9:46 p.m., Hubbard was called back to the office to meet with the two individuals, the lawsuit says.

In the public safety report, Hubbard wrote that he learned that Gold “was at home in Pennsylvania and was going to commit suicide tonight,” according to the lawsuit.

The individual provided Gold’s cell phone number to Hubbard, who called Gold at about 9:46 p.m. Gold did not answer the phone.

But he sent a text saying that he would return the call after he said good night to his mother, according to the lawsuit.

Gold texted again at 9:50 p.m., saying, “Wait I’m sorry who is this? I thought this was a different number.”

At 9:52 p.m., Hubbard called Gold again. Shawn Gold, his father, remembers that his son left the kitchen to take the call.

The lawsuit says Hubbard expressed concern for Gold during the call, which lasted about four minutes. Gold said he was “ok.”

Hubbard and Gold discussed whether the student had told his parents about the roommate incident. Gold said he had told his mother, according to the lawsuit.

Hubbard then contacted his boss, Ethan Kipnes, and Megan Hobbs, the associate dean of students, and told them what was going on, including Gold’s plan to take his own life, the lawsuit says.

The three officials determined that no further action was needed, the lawsuit says.

They also did not not contact Gold’s parents, who were listed as his emergency contacts, according to the lawsuit.

Federal law protects the privacy of students and restricts access to much information, even for parents. But there are exceptions.

“An educational agency or institution may disclose personally identifiable information from an education record to appropriate parties, including parents of an eligible student, in connection with an emergency if knowledge of the information is necessary to protect the health or safety of the student or other individuals,” according to the Family Educational Rights and Privacy Act, better known as FERPA.

After the call with Hubbard, Gold went upstairs to say good night to his parents, the lawsuit says. He told them he loved them.

At some point, Gold left his house after his family went to bed, the lawsuit said.

The next day, his family realized he was missing. Gold’s cousin found his body in a field across the street from his home at 5:45 p.m., the lawsuit says. He had shot himself.

The lawsuit said Gold’s parents did not know that their son had threatened to take his life.

John Fishwick, Jr., Shawn Gold’s attorney, said in the lawsuit that the University and the three officials “could have prevented Cade’s senseless and tragic death.”

“This case seeks accountability for the failure of a University and its employees to recognize and respond to the acute mental health needs of one of its students,” Fishwick’s firm said in a statement to the Phi. “Cade’s parents hope this case will help keep other students safe and alive.”

Fishwick also represents Kionte Burnette, a former Washington and Lee student, who sued the university in January for allegedly failing to provide him with proper mental health treatment. Burnette also played on the football team.

The lawsuit involving Gold seeks $20 million in compensatory damages and $4 million in punitive damages from the university and three school officials.

Fishwick graduated from the Washington and Lee School of Law in 1983.

Burnette’s lawsuit says he told a mental health counselor, Rallie Snowden, that he planned to jump off “Cadaver Bridge.” But she did not perform an evaluation of him or report what she knew to anyone else.

He then tried to hang himself but failed, the lawsuit said. He subsequently climbed onto a Doremus balcony and intentionally threw himself off it backwards. He survived and is claiming negligence and gross negligence, according to the lawsuit.

The National Suicide Prevention Hotline (1-800-273-8255) provides a 24/7, toll-free hotline and is available for anyone in suicidal crisis or emotional distress.