When student athletes walk away from the field 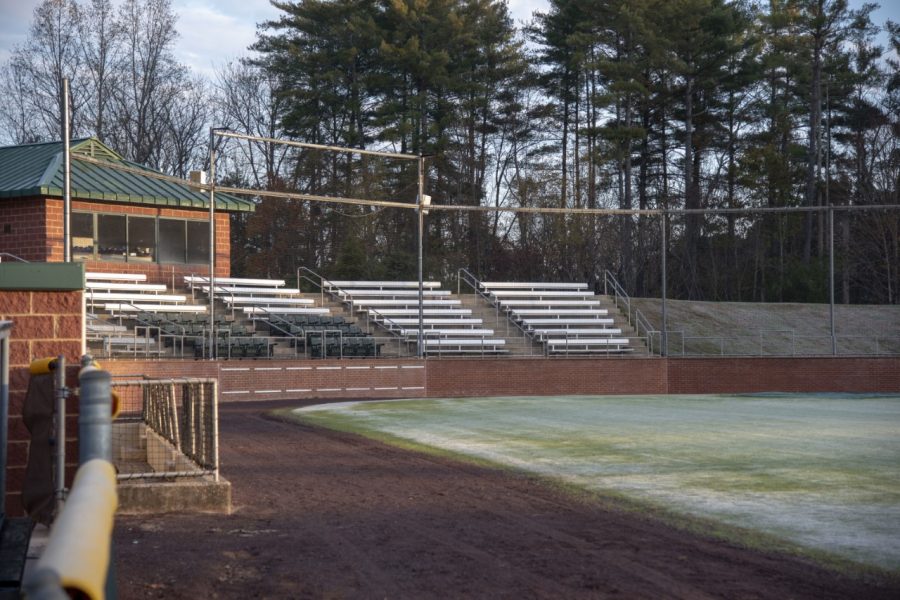 More than 170,000 high school student athletes compete for about  450 Division III colleges and universities, which make up the largest division of the NCAA.

Some were recruited. Others were walk-ons. But they all end up in Division III for one reason: because they love the sport.

But what happens when they don’t end up playing for all four years?

“I like the camaraderie we get between the teammates and the atmosphere that comes with being a college athlete,” Javid said. “I love wrestling, I love this sport, and being an athlete means you get to work out consistently and not put on the freshman fifteen.”

About 25 percent of Washington and Lee undergraduate students participate in the 24 sports teams at the NCAA Division III school. And that doesn’t account for student participation in intramurals and club sports.

According to the Generals sports website, the athletic program posted an overall winning percentage of almost 67 percent during the previous school year.

But even with the thrill of being part of a sports team, student athletes sometimes phase out from participating at the college level. The decision to stop competing can be a difficult one to make, and sometimes these athletes’ bodies make the decision to step down for them.

Former soccer player Kelsey Chamberlin, ’20, had surgery on both of her feet because of an injury.

“I couldn’t bend my toes or sprint or cut sharply for a year,” Chamberlin said. “I was going to be in pain or not play for a season, so I decided to no longer play.”

Another athlete who had her career cut short by injury was former swimmer Kathryn Hensler, ’21. Hensler tore her shoulder labrum and needed surgery during the summer after her freshman year at Washington and Lee.

“I was never planning on swimming for all four years,” Hensler said. “It’s a tough sport mentally and I felt that 12 years was enough.”

Burnout is a common experience for some student athletes. Olivia Lamb, ’21, swam on a team since she was 10 years old, up until Thanksgiving of her sophomore year at Washington and Lee.

Lamb said she had always maintained a love-hate relationship with the sport.

“I came to the conclusion that I was unhappy, so why force myself to stick it out?” Lamb said. “Once I quit, I was definitely very happy. I felt a sense of freedom.”

That freedom can mean a lot to students, including Johnathon Tucker, ’21, who find themselves involved with multiple organizations.

After swimming since he was eight years old, Tucker decided to continue swimming in college. But once he settled into campus, he quickly became involved with several clubs, including taking on the role of assistant head peer counselor.

“I got a couple new leadership positions that would take up a lot of my time,” Tucker said. “I don’t want to half-ass two things when I can whole-ass one thing.”

No matter what leads to the decision to stop continuing with college sports, former athletes find other ways to stay occupied. Along with having more time to devote to his leadership roles, Tucker said that he has started reading books for pleasure and spends more intentional time with his friends.

But for Lamb and some other former athletes, it’s the team that made their athletic career at Washington and Lee worthwhile.

“My favorite part of swimming at W&L was the team, and it seems like they have a really good, cohesive team this year,” Lamb said. “That is what I miss the most: the team.”