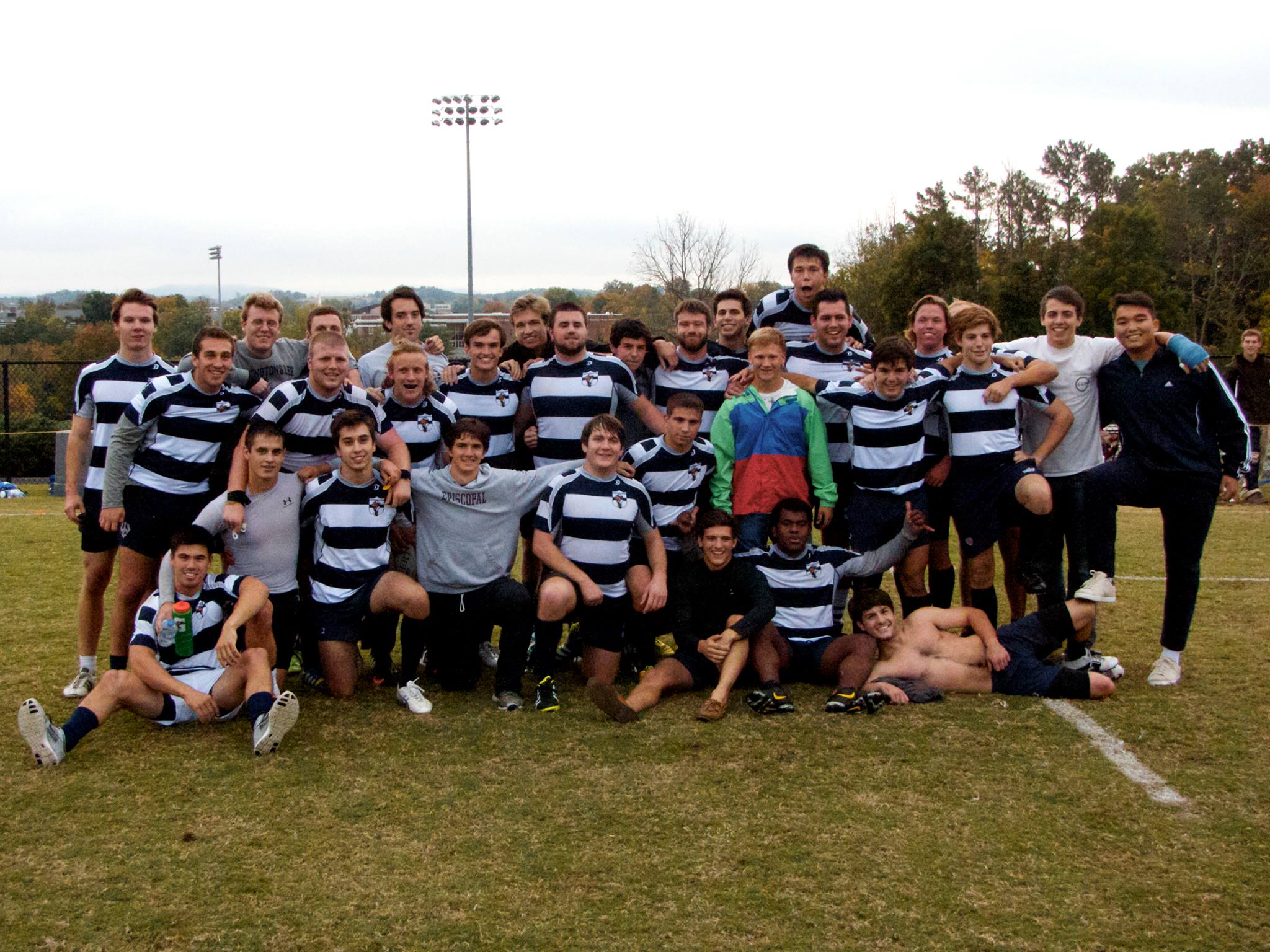 Washington and Lee’s Screaming Minks Rugby Football Club,  commonly known as Minks, was founded in 1966. Today, with 28 members, it is one of the biggest sports clubs at W&L.

Rugby football is a style of football, and it is the national sport in New Zealand, South Africa and Fiji. American football evolved from rugby football.

The Minks are part of the Division III Cardinal Collegiate Rugby Conference. Last season, the Minks came in third overall in the conference.

The Hampden-Sydney Rugby Club might be the Minks’ biggest rival, according to Minks player Mitchell Brister. The Minks have lost to Hampden Sydney several times in the past few years. Just a couple of weeks ago, however, the Minks defeated Hampden Sydney with a score of 44-0.

“They got destroyed,” said Brister regarding the match.

The Minks are 3-1 so far this season. Their one loss came from a tough but competitive match against Duke University.

In addition to competing in regular season games, the Minks also compete in collegiate rugby tournaments. Last semester, the team drove seven hours to get to Savannah, GA, for the 2014 St. Patrick’s Day Rugby Tournament. The tournament is hosted by the Savannah Shamrocks annually, and is one of the largest rugby tournaments in the U.S. Each year, over 75 teams from the U.S., Canada, Ireland and England participate.

According to the Minks players, club rugby at W&L is not just about winning and losing; it is also about bonding with your teammates. Tuwi Rokodulu, a senior, has been part of the Minks since his first year at W&L. Like most new rugby players, Rokodulu said that he was afraid to play at first. Still, he continued to play rugby because it was a way to challenge himself, he said.

“That’s why I love rugby, [the challenge],” Rokodulu said. “And I do enjoy the after game camaraderie.”

The Minks players agree that the bond between rugby players is what keeps the club growing and improving. Two years ago, the team only had 15 members. Today, the number of people who come to practice ranges from 25 to 35.

The Minks practice on Tuesday, Thursday and Friday every week on Alumni Field. People can reach out to the captain of the Minks, senior Charlie Myers, for more information on how to join. Coach Tom Lovell and Coach John Welsh can also be contacted for further information. Follow them on their Facebook page at “W&L Screaming Minks Rugby Football Club.”

If you want a picture to show with your comment, go get a gravatar.