She shoots, she scores 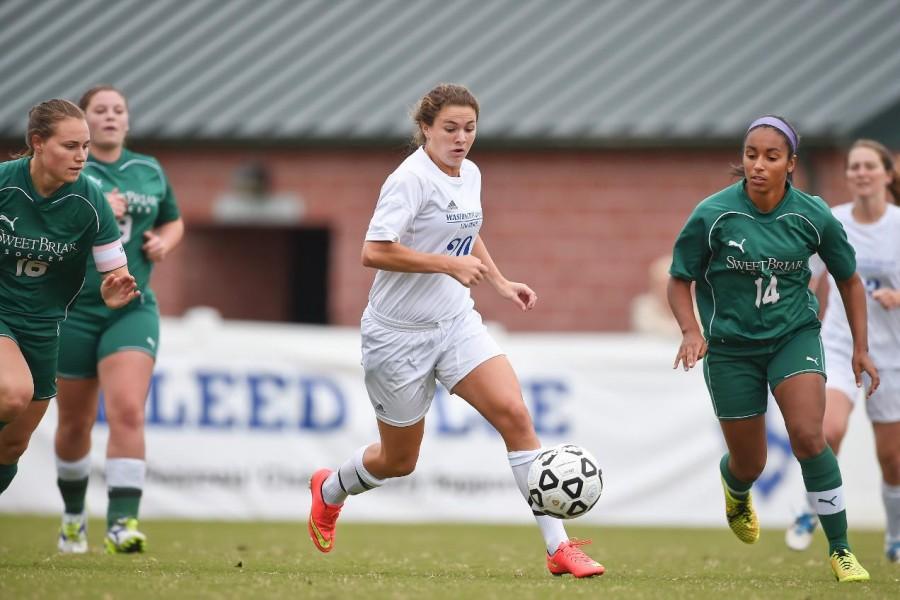 A starting forward for the Washington and Lee Women’s Soccer team, Jessee led the team to a 3-0 victory against Randolph-Macon on Oct. 25, scoring two goals for the Generals.

Jessee said that taking the time to mentally prepare is key for her to head into a game with confidence.

“Before every game, I picture one goal I want to score before we go out to the field,” she said. “Then once I’m out there, I feel as if I already know what I am going to do.”

According to Jessee, the soccer team is extremely united, for both the offense and defense rely on each other during games.

“We have an incredibly strong defense that has only let in a handful of goals this whole season,” she said. “So it’s crucial that the forwards are able to get their job done [too].”

Playing sports can make a player feel a rush of positive emotions, but failing to perform at one’s best can also lead to frustration. Jessee said that she relies on her teammates for support during tough moments, especially when she is feeling the pressure to score.

“I can sometimes get flustered and nervous but my teammates always bring me back and remind me that I know how to score important goals,” she said. “I really rely on them to keep my spirits up and my head in the game.”

For Jessee, nothing compares to the moment when, after winning an important game, the entire team runs into the middle field cheering and hugging each other.

“It’s a feeling I can’t get from doing anything else,” said Jessee. “It is like nothing else matters in that moment but us, on the field in that game.”