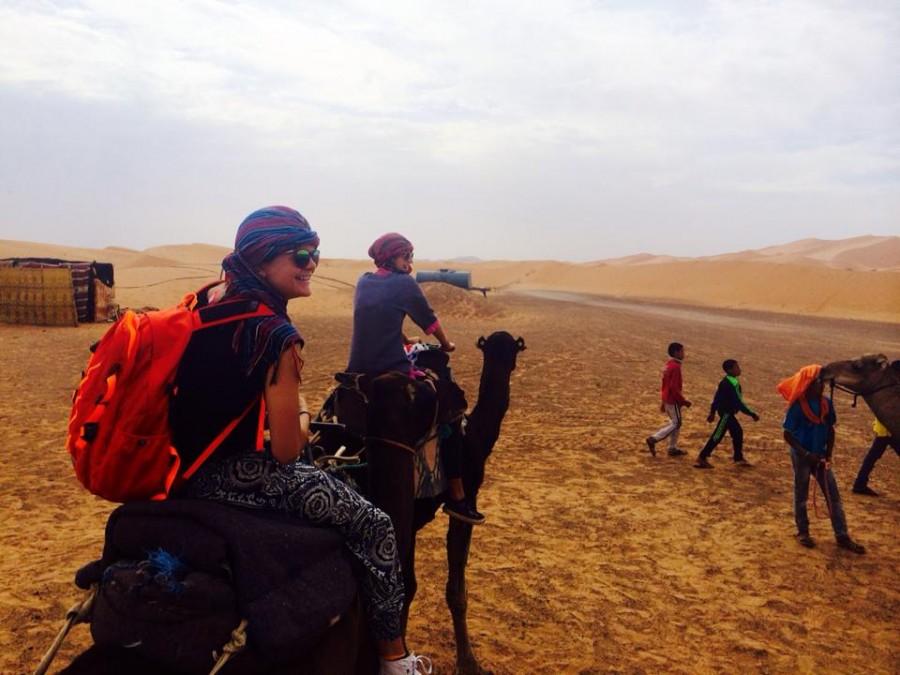 Each year, Washington and Lee sends students to study abroad for a semester or a year through a variety of  programs separate from the university. One of the major details students must decide on while organizing their travels is whether or not they will study with friends from W&L or go independently.

When making the decision to leave their campus life behind, students may take the advice of Professor Boetsch, Director of the Center for International Education.

“We generally encourage students to study alone because the study abroad experience is a very personal one,” Boetsch said. “It is a question of trying to realize the full potential of a transformational experience.”

Boetsch estimates that W&L sends one third of their traveling students in groups and two thirds alone.

Ethan Harel, ’15, studied at Maastricht University in the Netherlands without knowing anybody. While he considered going with friends, he determined that his experience would be more rewarding if he traveled alone.

“I wanted a unique experience in which I could be thrown into a new environment, meet people from different backgrounds, and learn a lot about myself,” Harel said.

Harel initially wanted to study abroad to gain some distance from W&L. By studying abroad alone, Harel was forced to get more involved in the Maastricht community.

“I came back home with a wider worldview and now have the desire to make travel and different cultural experiences an important part of my life moving forward,” he said.

Samantha Yates, ’15, also studied alone in Prague, Czech Republic. Yates said she could not have been happier with her decision.

“I learned so much about myself by having to adjust to a new country and culture on my own and became much more independent and outgoing because of it,” she said.

When advising students who are consider studying abroad, Yates said, “Make your own decisions and do not just follow the group because it is the easy way out; do not be nervous to go by yourself and meet new people, you never know what will come of it.”

Unlike Harel and Yates, Kelly Swanson, ’16, is currently studying in Madrid with a group of friends from W&L. Swanson recommends studying with a group because it has allowed her more freedom that she may not have had otherwise.

“Studying abroad with friends allows me to focus on what I came here to do most, which is travel,” Swanson said. “I do not have to worry about making friends to find people to go on trips with.”

Swanson also said that having friends in Madrid has not impeded on her ability to make new friends.

“Having a group here does not mean that I cannot make new friends as well — it is just very nice to have a friend here to fall back on because studying abroad can be scary at first, and it is nice to have a familiar face amidst all the other unfamiliar things,” Swanson said.