Men’s soccer encounters the end of a new era 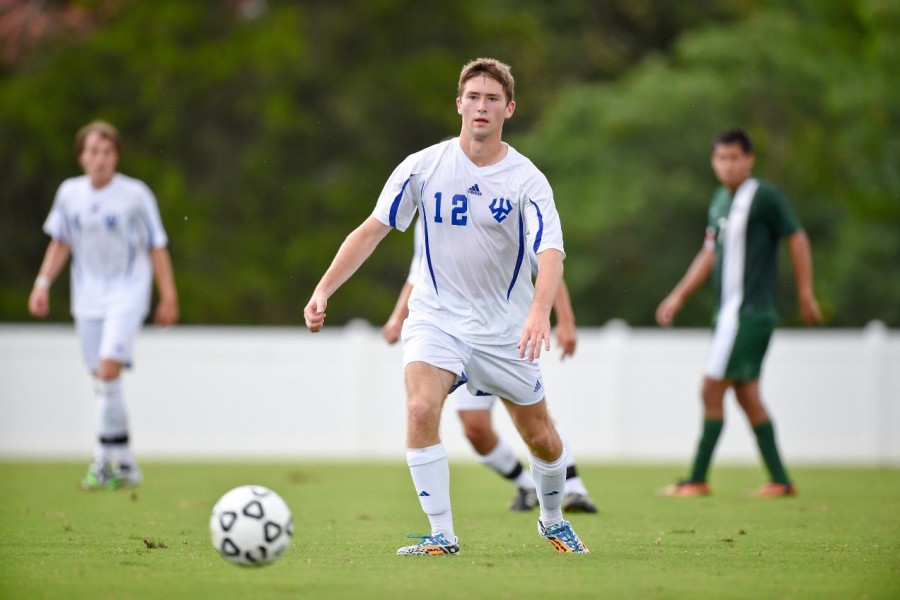 The Washington and Lee Men’s Soccer team concluded a successful season on Nov. 4, although they fell short of their ultimate goal of winning the ODAC championship.

The Generals finished their campaign with an 11-5-2 overall record, making it to the ODAC semifinals before eventually losing to Roanoke College.

To play Roanoke though, the Generals had to beat Hampden-Sydney in the quarterfinals, in what proved to be the “game of the year,” according to captains Zach Colby and Ben Bayles.

After jumping out to an early 1-0 lead thanks to a Miles Bent goal, the Generals allowed two straight goals to trail 2-1 at the beginning of the second half. Colby, a senior forward, equalized in the 63rd minute and neither team was able to score during the rest of regulation or two overtime periods. The Generals won in a long penalty shootout 5-4 to keep their season alive.

Colby was disappointed by the subsequent semifinal loss, but was generally happy with the season.

“Our main goal was to win the ODAC championship and we obviously fell a little bit short of that,” he said. “I think overall the team performed really well and grew a lot.”

Bayles, a junior midfielder, said almost verbatim what Colby said in a separate interview. But Bayles looks more toward the future when analyzing this year’s goals.

“I think we showed at times we were definitely capable of [winning an ODAC championship] and that’s going to give us a lot of confidence next year,” he said.

But, he said, the team shouldn’t get too far ahead of themselves, a theme that first-year Head Coach Michael Singleton instilled in his team. The team will lose four seniors—Colby, goalie Albert Civitarese, defender Nick Zaharchuk and midfielder Al Organ—in crucial roles that will be hard to fill. But with six returning first-years and 11 sophomores, the team is built to sustain.

And W&L hopes to have a promising first-year class coming in next year. Colby called Singleton “a pretty darn good recruiter.” He also said that there have been more recruits on campus this year than in years past. Bayles noted that the guys he’s recruiting are more interested in his style of play, which will be beneficial for the team going forward.

Because of the talented pool of young players, both Colby and Bayles agree that the team is set up well for the long run.

“I think the ODAC final is a goal that is attainable but is one we have not yet [achieved],” Bayles said. “I think it’s a good place to start.”