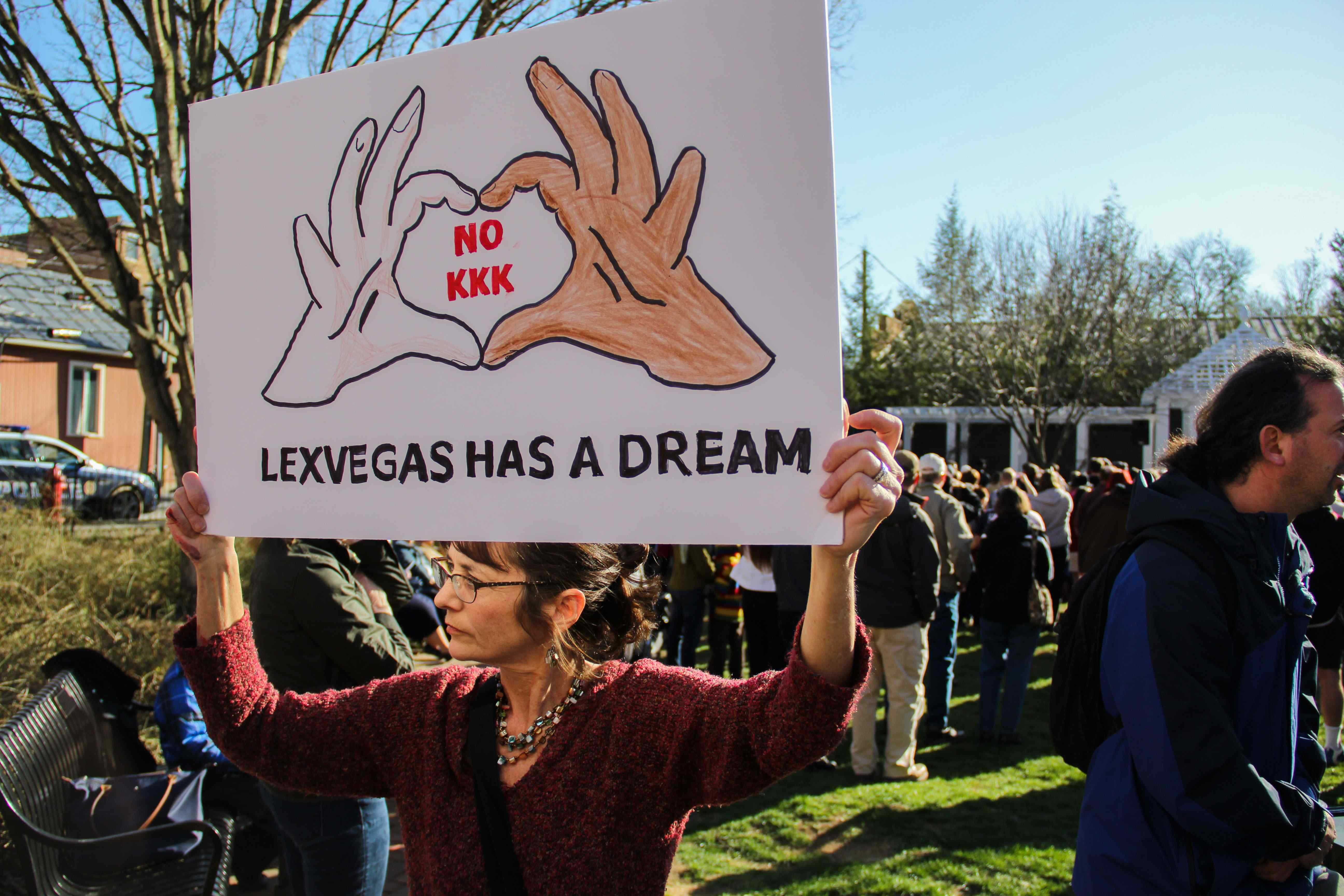 Bridget Kelley-Dearing holds a poster at the rally (Ellen Kanzinger)

Bridget Kelley-Dearing holds a poster at the rally

Dozens of people from Washington and Lee and the Lexington community came to demonstrate their support for people of color after the town was rocked by a series of White Pride leaflets distributed by the Ku Klux Klan the weekend before. The leaflets’ distribution on Jackson Avenue spurred the dialogue of racism in Lexington, and how people can fight back. 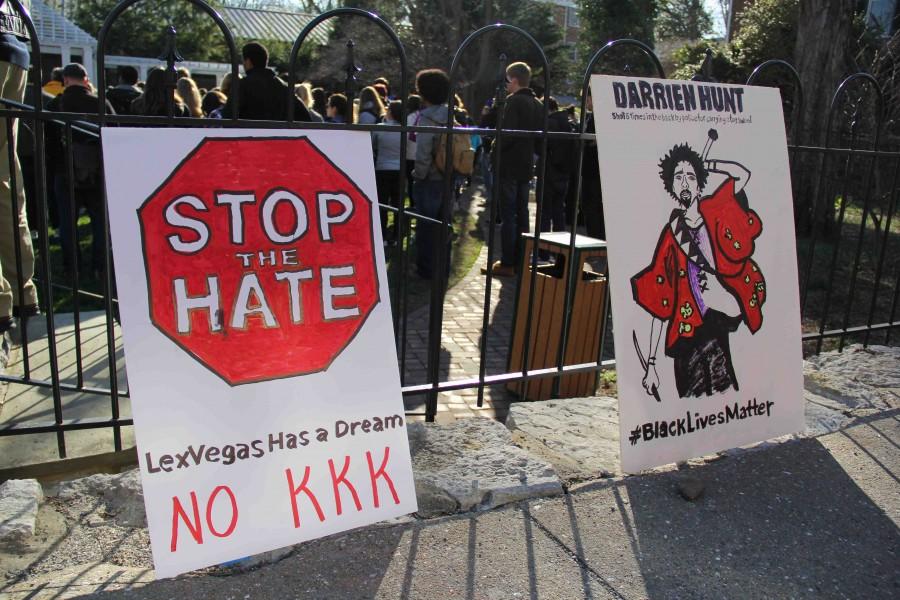 The rally addressed topics like the increasing popularity of Republican Presidential Candidate Donald Trump, infamous for his racist dialogue, the experiences of being black in America, and how people can spread awareness on and combat white supremacy.

“God loves the whole world. Everybody. No exceptions,” Elrod said. “And this means all people, regardless of the color of their skin, the religion they possess, or whom they love.”

Despite a heckler who appeared at the edge of the crowd during one of the speeches, the people of the Lexington community stood rapt in a respectful silence throughout the talks. Some even held signs with words like “RACISM REJECTED HERE” and “THE KKK IS NOT OK!”

At the end of the rally, Anthonia Adams, ‘16, lead the audience in a gospel hymn. Her own experiences as a black woman dealing with racism on the W&L campus elicited some of the most powerful responses.

Monica Musgrave, ‘18, attended the rally. She said events like these are crucial to combating racism.

“It’s really easy to deny something that’s so extreme, but you have to speak up, even when it’s something small,” Musgrave said. “It’s so important.”

Professor of Politics Robin Le Blanc said she hopes this rally will encourage more students to speak openly about confronting and combating racism.

“We need to be really honest that racism exists. We’re not past it. I wish we were, but we’re not,” Le Blanc said. “We just need to look at the faculty, staff, and student body to see that. We don’t have a representation of the rich diversity of our country and of our exposure to international communities represented on our campus yet. We’re missing that diversity and that range of perspectives.”

As for what Lexington residents can do to combat racism, the CARE Initiative is available at [email protected]