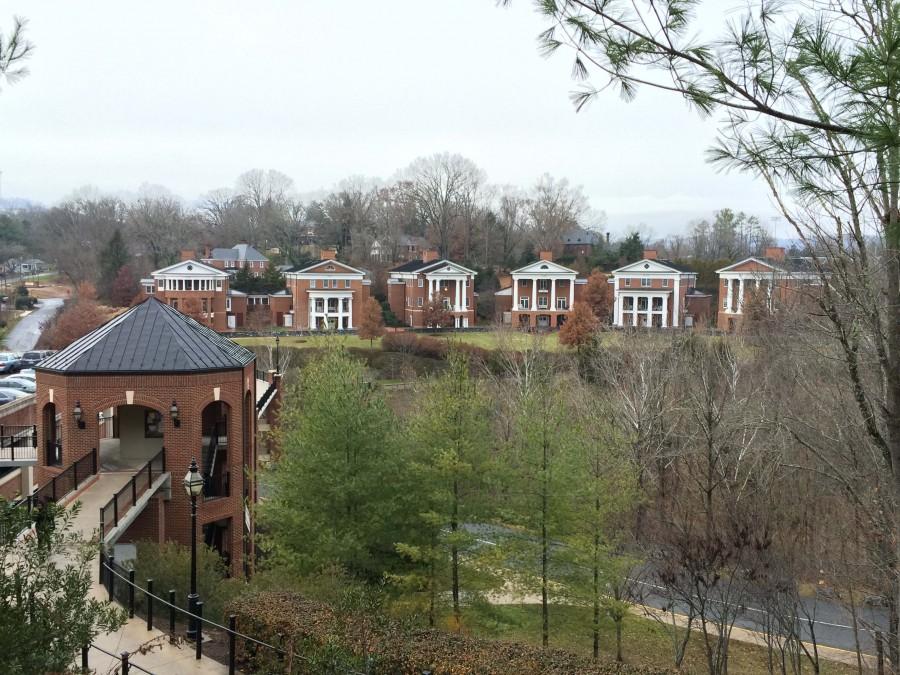 In 1902, the National Panhellenic Council established its Unanimous Agreements of behavioral expectations for all 26 member sororities, which includes guidelines prohibiting sorority women from providing alcohol at parties or allowing men to be at sorority houses past a given curfew.

Many of the same rules that governed sororities over a century ago are still in place, and even dictate where Washington and Lee students can and cannot consume alcohol on campus.

“A part of it probably dates back to well before our time being on a college campus and how someone may or may not have identified being a proper lady or wearing white gloves, and all those things,” Assistant Dean of Students Megan Schneider said.

As sexual assault on college campuses becomes more and more a topic of discussion in the media and locally, female students are questioning the upper hand that men have in influencing the party culture. As the former director of residence and Greek life, Schneider talked to several women about their concerns with not being able to host social events where alcohol is present.

“The conversations I’ve been involved in have been about equaling that playing field,” Schneider said. “We look at things with discretion and intent on both the male and the female side.”

Although many students assume that NPC or W&L Panhellenic governs the party culture on campus, the conference can only put forth suggestions. The mandatory rules regarding alcohol and male visitors in sorority houses fall under each individual sorority’s jurisdiction. The NPC Unanimous Agreements Document says that all 26 presidents have consented to prohibit having alcohol in the house.

The male visitation policy is up to each individual sorority at a chapter level. Some sororities have a waiver for chapters to apply to have men at their house beyond the hours of visitation, but the request must go through an NPC delegate.

“The most conversations we’ve had this year have been expressing frustration with the National Panhellenic Council rules that we have,” Turlington said. “They’re pretty strict about not drinking in the house and those types of things. It’s hard for us to get around it because they govern us and we can’t do as much about it.”

Even male students are speaking out against rules that keep women from having leadership in the social dynamic on campus. Former Interfraternity Council President Patrick Clossin, ’15, finds the NPC rules outdated.

“I think it’s a very old thing to do always going to the guys’ houses,” Clossin said. “I don’t see the barrier blocking having more girls’ parties.”

As IFC president, he heard complaints from men about having to host and fund almost all social events on campus.

“The conversation has been brought up about splitting costs with Panhel or having a meeting with them, but it’s never been anything serious because that’s the way it’s always been with guys hosting parties,” he said. “But I think it could happen.”

“I think it would have an impact,” Clossin said. “I think it would be good for preventing sexual assault because I know from going to girl-hosted parties here, it seems like that girls are a lot more relaxed.”

W&L’s new Panhellenic Campus Advisor Amy Perkins thinks that the problem of sexual assault isn’t the party venues. She believes having alcohol in such close proximity to living quarters contributes to sexual assault much more directly, regardless of who hosts the party.

“Since sexual assault has been in the media recently there’s definitely been conversations about it,” Perkins said. “They haven’t made the jump yet to ask how we can structure our events differently to avoid that.”

Individual sorority chapters can apply to their nationals for a waiver to host events with alcohol. But as the rules stand, sororities must have a third-party vender at social events where alcohol is present. Once those costs add up, women often find it easier to just allow men to host the parties.

Some sororities, like Chi Omega, even make it mandatory for all women attending their sorority formal to ride the bus to the event or else they will not be allowed into it.

“Even at times when we think that ours might make more sense or make for a safer environment, it’s hard for us to say don’t follow those and follow ours because you’re running a risk for nationals to not like that answer and have a different perspective on how to handle it,” Schneider said.

Schneider admits that W&L’s sorority houses are not conducive to hosting the types of parties that fraternities throw. But she thinks it might work to have a dinner or movie night at the sorority houses where alcohol is present if nationals will approve it.

She has discussed the option of bringing in the 6 NPC delegates to have a conversation about how some of the national rules do not apply as well to W&L as they do to other campuses.

W&L does have several fraternities that are nationally dry houses but host parties where alcohol is present.

Perkins has noticed the struggle students face in following two sets of rules.

Sorority rules are also largely driven by costs. Because of the no-alcohol rules, insurance rates are much lower for sororities than for fraternities, who have greater liability when they host parties with alcohol.

“My personal opinion is that we should be talking about it,” Schneider said. “I don’t know when and if we’ll be at a stage where we could be allowed for women to host things in their house. But if it can’t be in the house, then where else could that be where you still have ownership in the social scene.”

The dominance of male ownership in W&L’s social scene has presented female students with problems beyond just party venue.

Last fall, all six W&L sororities joined together in deciding not to participate in Phi Delta Theta’s Jell-o wrestling philanthropy event. In years past, members of Phi Delt have asked women from each sorority to participate, and paired them up against one another to wrestle in a pit of Jell-o in front of bleachers of student spectators.

Similarly, Panhellenic has had discussions about boycotting Sigma Chi’s Derby Days event in which the women compete and are judged based on who cooks the best meal for the fraternity members.

But the school has made moves to improve gender relations within the party culture. Faculty members and students agree that third-year housing could resolve many of the issues brought forth.

Clossin thinks that third-year housing will help balance out the number of parties hosted by men and women.

“I think third-year housing will have the effect of girls hosting parties and mixers,” he said. “It will be a lot more flexible hopefully if the school allows it.”

But the questions remains of whether there will be a divide between junior men and women living in the new third-year housing facilities. While 21-year-old women will likely opt not to live in the sorority houses, men might be more enthusiastic about staying in the fraternity houses where alcohol is allowed.

Tear night has also been a recent area of improvement. Dean of Students Sidney Evans reported that there was only one student arrest this year, and that Student Health Center visits and ER visits were down from years past.

“I think it all came together really quickly, so I think some people felt like they weren’t quite in the know,” Perkins said. “But overall I’d say it was an overwhelmingly positive response.”

Schneider thinks the solution to issues regarding gender relations and alcohol is more conversation among students and faculty members.

“I’ve encouraged groups over the last two years to write to their nationals and explain the social scene that we have and how, in order for women to have a hand in it, this is what we would need,” Schneider said.